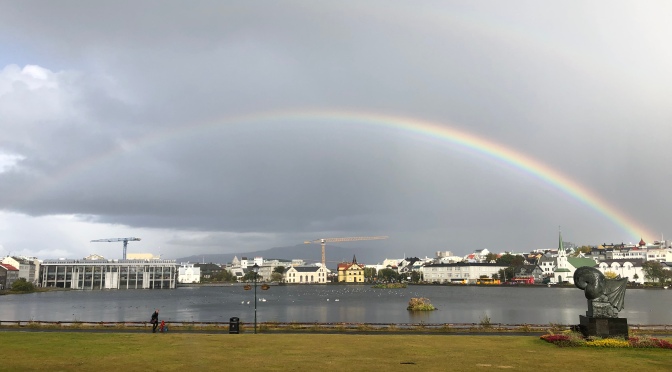 After June’s 100th birthday party, we realized that ragweed allergies were just going to get worse (hot weather and lots of rain just kept the plant flowering and pollinating).  Monday afternoon, i booked flights for Dallas and me to leave Tuesday afternoon for Iceland.  We had actually wanted to visit Greenland, but it was too late in the season, snow and ice already moving in and tourist boats being pulled out of the water, so we spent 2 weeks in Iceland instead.

Iceland population:  339,661  Reykjavik population:  120,000 (200,000 in the Capital region) Iceland has a surface area of 39,770 square miles and it is the 108th largest in this respect. However, that harsh geographical landscape is one of the reasons why its population remains so low. Iceland has the lowest population density of all European countries at just 8 people per square mile.

We flew United Airlines, and as usual had stellar service.  They have implemented a new strategy wherein they can know if passengers are arriving late for a connection and hold the next flight if it is reasonable to do so.  We sat on the plane in Newark nearly an hour waiting for 15 passengers who would have missed the flight to Reykjavik since their flight was delayed by thunderstorms out of Houston.  So, while the record for on time departure may look wonky, the record for getting passengers where they need to be will soar!

The first week was spent entirely in the capital city, Reykjavik.  I was concerned that we’d be twiddling our thumbs for want of activities, but i was unduly so.  To our surprise, there are oodles of things to do and see at a leisurely rate – even without booking day tours (which are numerous!) outside the city.

“Domkirkjan is Reykjavik’s Lutheran Cathedral, or the Reykjavik Dome and the bishop’s place in Iceland. It is located downtown in the capital right next to the Alþingi, house of parliament and together they form a unity of law and order in the country. The altarpiece and artwork inside the church are definitely worth the visit!”

We were walking around town and saw the announcement of a performance offered free of charge at this lovely cathedral.  Of course, we made special effort to attend.  Just lovely. 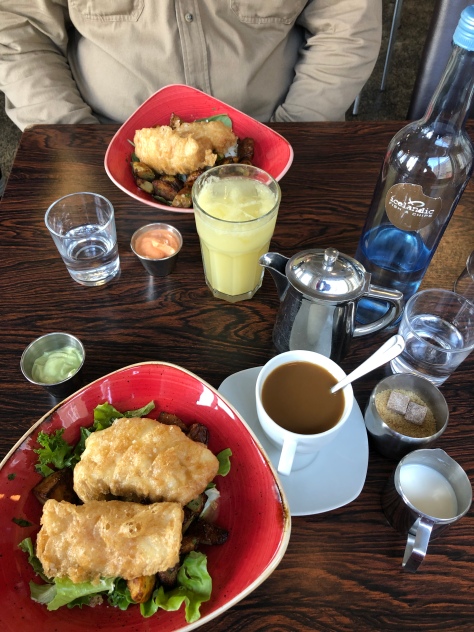 Excellent meal at Icelandic Fish and Chips in the capital city.  This one attached to The Volcano House  museum about the island and its not-always-tame explosive geography.

Dallas always has a different perspective and interest, so enjoy his photos of Reykjavik. 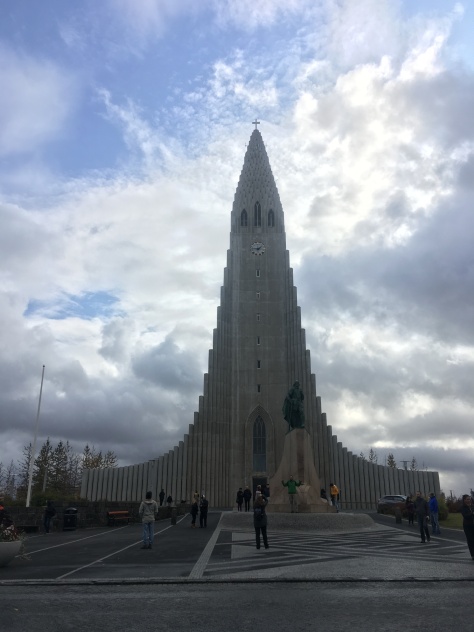 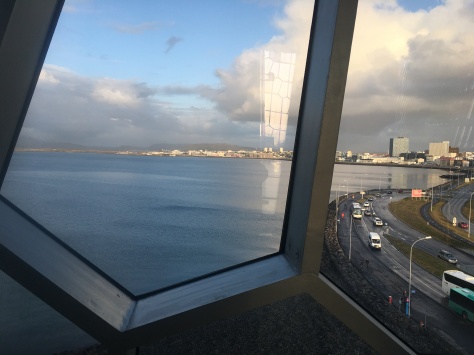 Not too many of these in north Missouri! 😜 but i got one with beautiful blooms at my back door.