Henry Ford once said, “The man who is too set to change is dead already.   The funeral is a mere detail.”   I had to read that quote a couple of times before I fully understood how powerful it is – and how appropriate it is to the current beef industry.   You may have to do the same thing.

I want you to think back to the drastic changes that were taking place when Henry Ford made this bold statement.   The horse and buggy were being replaced by automobiles.   Draft horses were being replaced by tractors.   For many people, these changes were beyond comprehension.   If you and I lived during that time period, there is an excellent chance we would have been extremely reluctant to accept those changes.

People hate change!   Nowhere is this more prevalent than in the cow-calf sector of the beef industry.   It often takes two or three decades for cow-calf producers to make simple changes – even though they know the change will be for their own good.   Some changes are not possible until one generation gives way to the next.   As stated in the leadoff article of our Summer 2020 Newsletter, many family businesses advance one funeral at a time.   If you don’t think this is true, you are living in la-la land.

Cow-calf producers who think they can continue to do things the way they have always done them need to WAKE UP and smell the coffee.   As Henry Ford said, “Those who are too set to change are already dead.   The funeral is a mere detail.”   Are you already dead?   I hope not.   It’s not too late to make the necessary changes in your program and genetics – but time is of the essence.   Nothing stays the same.   It’s Time to Change Horses! 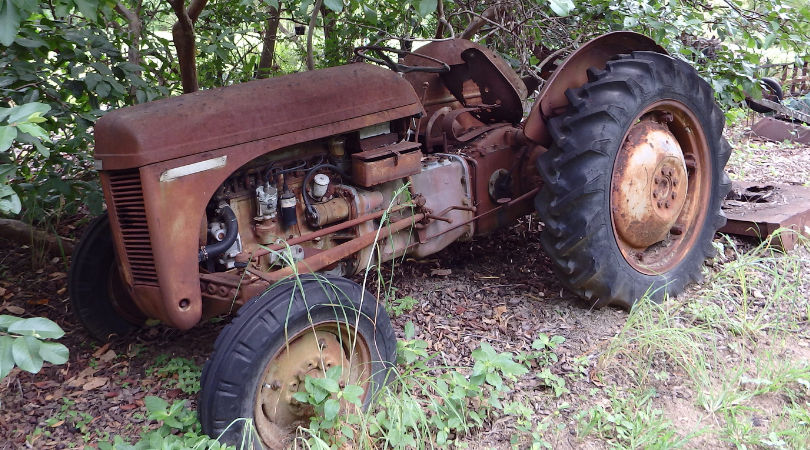 Look up the definition of asset in Webster and it’ll tell you an asset is “anything owned that has value.” But Webster has it wrong.  If I put a down payment on a ranch, financing the balance, the full value of the land shows up in the asset column of my balance sheet, but I don’t own the whole ranch. The bank probably owns more of it than I do. No, an asset isn’t necessarily something you own. An asset is something you have. Your net worth (Assets-Liabilities) is what you actually own.

Although your banker would disagree, there is a completely different way to define assets. In his best seller, Rich Dad, Poor Dad, Robert Kiyosaki defines assets as “things that put money in your pocket” and liabilities as “things that take money out of your pocket.” Between monthly principle payments, interest, insurance, maintenance and repairs, most of the things your banker calls assets are, according to Kiyosaki, really liabilities.

Ironically, the fancy cars and homes that we see as the trappings of wealth are actually huge constraints to generating wealth. That doesn’t mean we can’t enjoy the finer things in life, but until we build a wealth generating machine as our foundation, buying “liabilities” will slow, and may block, our ability to create wealth.

There is an even bigger problem with assets.

In the final chapter of his wonderful book, Nourishment, Fred Provenza writes about taking a sabbatical to Australia with his family. To finance the trip he needed to sell their home in Utah. He explains that he didn’t build the house himself, but had done a lot of work on it and had “a lot of skin in the game.” Unfortunately, at the time of the sale the housing market was very depressed and, while they got their investment back, they didn’t get much more. Between the time of the sale and their trip to Australia, they rented a smaller house Fred called “the dump.” At first he was resentful of having to give up owning his “castle.” But after a couple of weeks in the dump he began to realize that he hadn’t owned the house he’d helped build. He explained,  “It owned me.” It owned him financially, requiring huge monthly payments. Even after the sale, it owned him emotionally.

Assets can clutter our space and minds, causing distractions and stress. They make it more difficult to clean and organize. They tie us down. The biggest constraint to moving for some of us is the burden of taking all of our stuff with us.

The things we own trap us. I recently had lunch with a couple who’d been ranching for about 10 years. They both worked off-farm to make ends meet. Over the last several years they’d bought a small place, secured several leases, and built up a herd of a couple hundred cows. But now, with a young family, significant debt and the off-farm jobs, they seemed stuck.

After subtracting the liabilities from their “assets” their net worth came to $1,300,000. On the back of a napkin I wrote them a “check” for $1.3 million and asked them, “If you had nothing but this check and the clothes on your back, and still wanted to achieve your dream, would you use this money to recreate the situation you are in? If not, how would you deploy this money to accelerate progress toward your dream?”

Their expression changed almost immediately. While they’d made progress over the last 10 years, the business they created was going to make it difficult if not impossible to achieve their dream.  Rather than a stepping stone, their operation had become an obstacle to further progress. They set out to use the wealth they’d created to change their course.

I went through the identical exercise with another couple whose net worth was closer to $3 million. When I asked if they would recreate the situation they were in, they immediately and in unison said, “No.” But, when I met with them again a year later, they hadn’t changed anything and resigned themselves to “staying the course.” Rather than using the assets they owned to create the lives they dreamed of, they were owned by their assets, which they used as an excuse to stay stuck. Chuck Palahniuk, author of Fight Club, described it perfectly when he wrote, “The things you own end up owning you. It’s only after you lose everything that you’re free to do anything.”

Another great article by Jim Gerrish, consultant and owner of American Grazing Lands, published in The Stockman Grass Farmer.

Published as “Grassroots of Grazing” Jim’s regular column provides “Making Change is about Creating a New Comfort Zone” in the December 2017 issue which offers his observations about how people in the grazing/farming/ranching world accept or reject change often needed for the business to survive, or more importantly, thrive so that the next generation will be willing to be involved.

His closing comments of the article:  (you’ll have to buy a back issue for Jim’s full article as well as great articles by other authors)

“I had already come to understand people were not going to change just because something made biological and economic sense.  We all have to be comfortable with the idea of change before we will be willing to even consider change no matter how much empirical evidence is thrown at us supporting that change.

For many of us that comfort level is based on acceptance by our family and community.

I have found it is much easier to sell the ideas of MiG (management-intensive grazing), soil health, grassfed beef, summer calving, and a myriad of other atypical management concepts to someone who has no background at all in ranching and no tie to the local community than it is to get someone with 40 years of experience on a family ranch to change.  The lifelong rancher may grudgingly agree that those ideas make sense, but the most common retort is still, “but I can’t see how we can make that work here.”

That individual is absolutely correct, until you can see that it will work here, it probably won’t.  The biggest part of that “will it work here” question is how the rest of the family sees it.  The better a family knows itself, the easier it is for that one rabble-rouse to make a difference.  If the lines of communication are broken, the more likely it is that things will continue to operate the way they always have.

Then we are back to that sad situation so common in multi-generational agriculture:  We advance one funeral at a time.”

Jim Gerrish is an independent grazing lands consultant providing service to farmers and ranchers on both private and public lands across the USA and internationally.  He can be contacted through www.americangrazinglands.com

When to Graze video