Articles about autism and Asperger’s always catch my eye since my middle child (son, Dallas) was diagnosed with Asperger’s when he was 19.  It is important, in my opinion, to help others understand as best we all can about this challenging character trait.

This one is from the February 20, 2018 issue of Wall Street Journal.

What My Son With Autism Taught Me About Managing People

I like to think I was a considerate colleague when I worked in an office. I paid attention to cultural and gender differences. I made an effort to run inclusive meetings and write inclusive articles.

It took my autistic son to wake me up to the truth. For many years, I struggled with my son, who had been variously labeled “oppositional,” “difficult” or…well, there are words that we can’t put in a newspaper. We had hourly conflicts, and he had near-daily meltdowns.

It wasn’t until he received his first formal diagnosis—initially for ADHD, rather than autism—that I realized his brain was just wired differently from mine. I was able to recognize how often I was asking him to do something he couldn’t do, rather than something he wouldn’tdo. Even more important, I started to see the connection between his wiring and his talents, like his mathematical ability and his extraordinary vocabulary.

Once I recognized those distinctions as a mom, I started seeing them in my professional relationships, too. Just as my son had a learning and communications style of his own—and strengths that came along with it—my colleagues and I each had our own distinctive wiring that shaped how we approached the world. Recognizing that, and learning to deal with each other’s ways of thinking, makes for stronger understanding and smoother communication. And better business.

These different styles of thinking showed themselves most clearly in meetings. After my son’s diagnosis, I started to pay attention to how different members of the team did or didn’t participate in our regular sit-downs.

For instance, my own wiring pushes me to jump in, get as many of my ideas on the table as possible, and then push toward a decision. But one smart young man, who was absolutely brimming with ideas, wasn’t apt to speak during meetings. He once explained to me, “I need time to reflect before I’m ready to share my ideas.”

After that, I started breaking our meetings into two parts: part one to lay out our goals and any relevant background, plus invite ideas from people whose wiring was set up to present ideas the way I did. In part two, I’d invite input from those who needed time. Our meetings became much tighter and more effective, and we started to tap into the wisdom of our whole team.

Then there were those people—kinetic learners—who I realized aren’t built to sit still. To think or learn to their full ability, they need to move around, such as pacing or jiggling their knee or leaving the office at lunch to do a thousand-calorie workout.

I used to treat those colleagues like caged border collies who could wait until the weekend to run off all their energy. You could say I wasn’t the most understanding colleague, and sometimes manager.

About one-quarter of adults surveyed said they had at least one neurodiverse condition. Among those, the percentage saying that at their most recent employer they experienced: 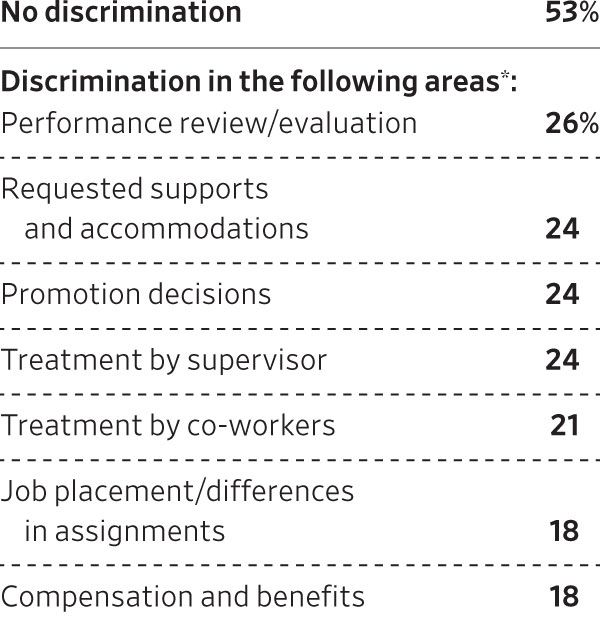 But with my new mind-set, I started to schedule walking meetings whenever I was huddling one-on-one and didn’t need to take a lot of notes; I used voice dictation on my phone to capture key takeaways as we walked.

Getting outside and moving around not only helped my kinetic colleagues think more clearly and creatively, but also helped me discover that moving around gets me thinking differently, too.

Another area helped by my new way of thinking involves nonverbal cues. It never dawned on me that many people’s wiring isn’t set up to read throat clearing or glances at a phone as signs that it’s time to wrap up a chat, so they need more direct signals. But now if I find someone isn’t picking up on my cues, I say explicitly, for instance, “I need to end our conversation now so that I can get back to work.”

Such a simple thing—but I was totally blind to it before my son opened my eyes.

Turning this new lens on others inevitably led to turning it back on myself. In what ways was my wiring getting in the way? How was my way of thinking and relating to people keeping me from being as creative and productive as I could be?

I have always been someone who remembers ideas and theories more than facts and anecdotes, but I had never thought about how that affects my professional relationships. I just noticed that I often had to repeat an idea three or four times before my colleagues finally understood or retained it. “Why can’t they understand the idea of aggregating and tagging social-media content?” I might fret.

Once I started peppering my conversations with specific, concrete examples for each of my abstract ideas, I found my colleagues were much faster to embrace my ideas on everything from software projects to marketing campaigns.

Soon, it took fewer repetitions for me to get my ideas across—but I also became more patient with the repetition, because I realized that I wasn’t speaking their language. 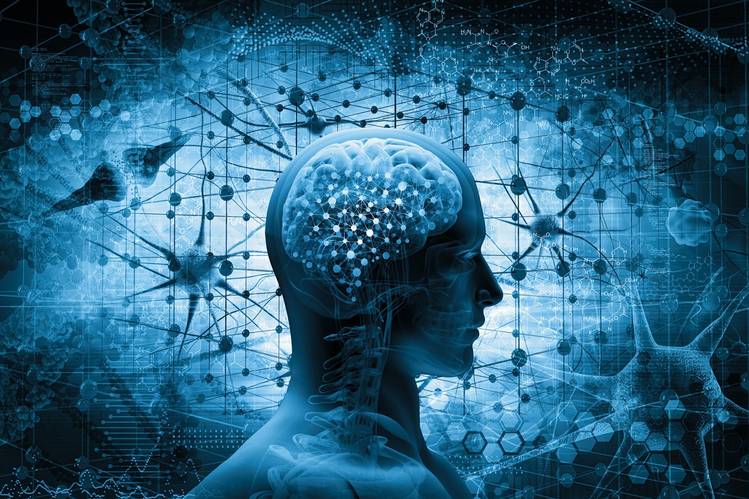 As I became more conscientious about working with my colleagues’ diverse thinking styles, I also learned to acknowledge and ask for help with my own style—even when that help involved admitting a weakness. I have long realized that I have challenges with what psychologists call “executive function”—namely, the ability to break a project apart into component tasks and organize those tasks so that they can be completed on time. I’m the kind of person who has a messy desk and can easily miss deadlines, so I’ve gradually built up a set of digital tools and habits that mostly compensate for my state of mental disorganization.

Once I embraced my new perspective, however, I stopped feeling like my executive-function issues were something to apologize for—just as I no longer expect my colleagues to apologize because they don’t speak quickly at meetings or prefer to walk and meet. I’m just wired differently. I still make an effort to keep myself organized by paying careful attention to my digital tool kit, but I supplement that with an additional strategy: openly acknowledging my limitations. When I start working with someone new, I let them know that I am not great at keeping track of tasks and details, so I invite them to remind me if anything slips.

Recognizing all these variations hasn’t crowded out my concern for other kinds of diversity in the workplace. I don’t have a whole lot of patience for using differences in thinking as an excuse for gender bias or cultural insensitivity.

If anything, noticing different thinking styles has helped me become more effective in working across a wide range of differences within the workplace. The more I acknowledge and embrace my colleagues’ quirks—not to mention my own—the more I’m able to tap into their unique strengths.

Ms. Samuel is a technology researcher and the author of “Work Smarter With Social Media.” Email her at reports@wsj.com.